BC Alpine members from across the province gathered at the beautiful Predator Ridge Resort near Vernon, November 1 to 3, for three inspiring days of learning, sharing and collaborating. Let the season begin!

In 2018 Anders Hestdalen, CEO of BC Alpine, noted that the Member Summit had broken all attendance records…well, the same can be said about this year’s gathering! The room was packed with coaches, club executives, officials, volunteers, parents and athletes, all participating together in what was arguably our best Summit yet!

Our 2019 Keynote Speaker, and BIG attraction, was of course newly retired CAST World Cup star Erik Guay, the most decorated Canadian ski racer of all time, and new member of the Alpine Canada Board of Directors. Erik captivated the audience every time he took to the stage, candidly sharing stories, answering questions and connecting with everyone in the room. He talked about the important coaches throughout his career, which coaching styles and qualities suited him best, and how different coaches impacted him and allowed him to reach the pinnacle of ski racing in the world. 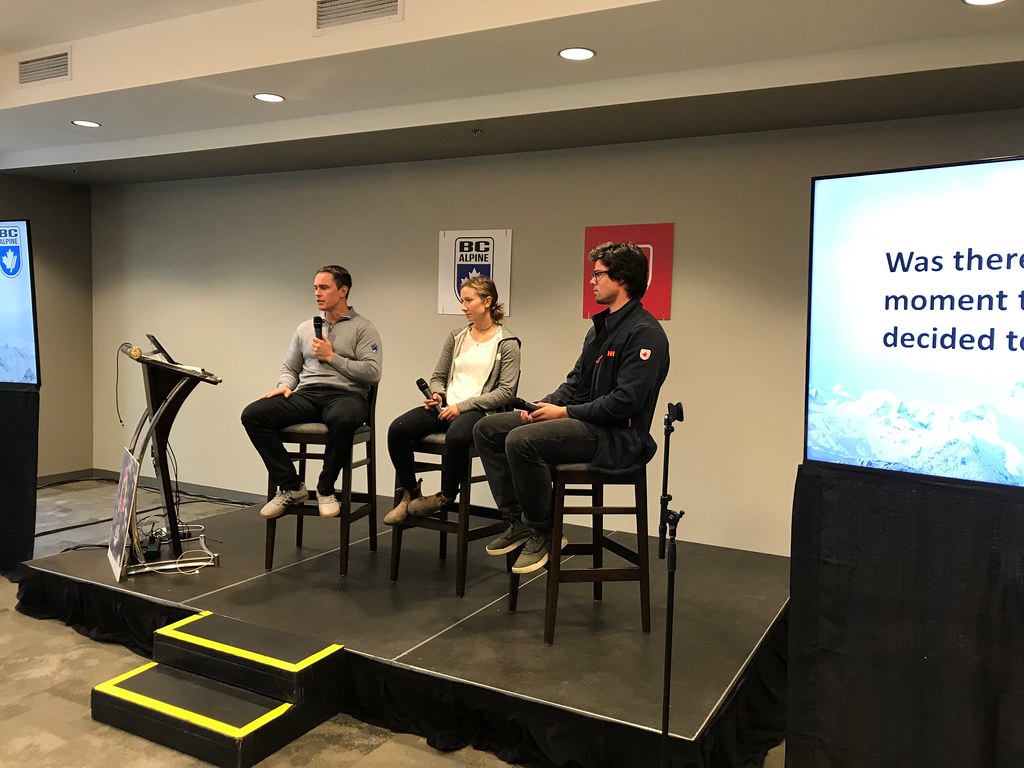 A huge shout out to the coaches this year! A record 80 people registered and attended the coach meetings on Friday and Saturday. Discussions centered around program design for skill acquisition and moving athletes through the system. BC Ski Team head coach Nick Cooper reported on the 19/20 BC Team pre-season training, and engaged in discussions about some of the gaps they see in skill development from club racer to BC Ski Team athlete. We were pleased to welcome athletes Sam Mulligan (CAST) and Ella Renzoni (BCST) to talk about the challenges they faced when moving up to the next level in their competitive careers.

Mark Tilston, WMSC Program Director, presented the new Course Setting Module that he and BC Alpine VP Johnny Crichton have been developing.

We also enjoyed “Ted Talks” from some BC coaches; Katie Findlay spoke on 'critical self-reflection', Montana Molyneux talked about the value of mentorship in the life of a coach, and World Cup coach Elias Jonsson shared video of some of the world’s best skiers from his time on the circuit.

Jenni Stielow from Alpine Canada took us through the LTAD website that is now up and running, highlighting the many online resources available to clubs, parents and athletes.

On Saturday afternoon more people rolled in for the Member Summit. Anders Hestdalen presented his Annual Report – where BC Alpine is right now relative to our overall Strategic Plan. Last year was an all-time high again, with more than 6,000 registered members. Hestdalen also addressed the need for securing sponsors moving forward, noting that marketing and sponsorship are top priorities for the coming season.

Our other special guest speaker Craig Betts, founder of Alpine Canada sponsor, Solace, entertained the group with a funny and passionate presentation about how he got involved as a sponsor, a link between technology and ski racing, and what he personally has gotten from his relationship with ski racing. 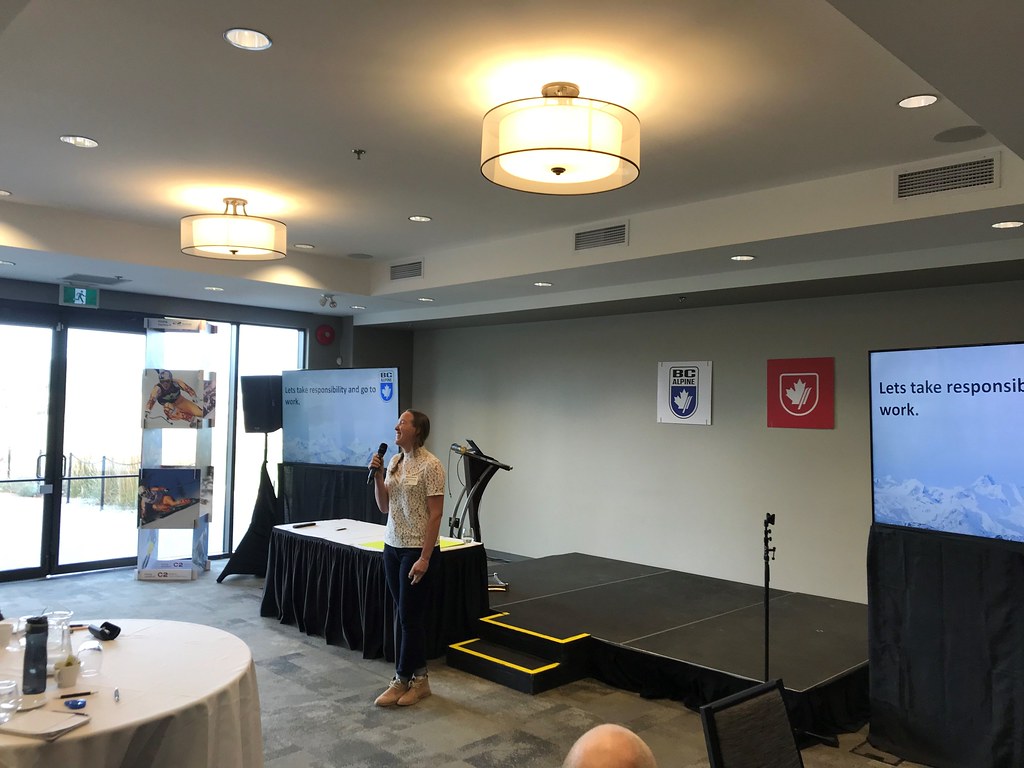 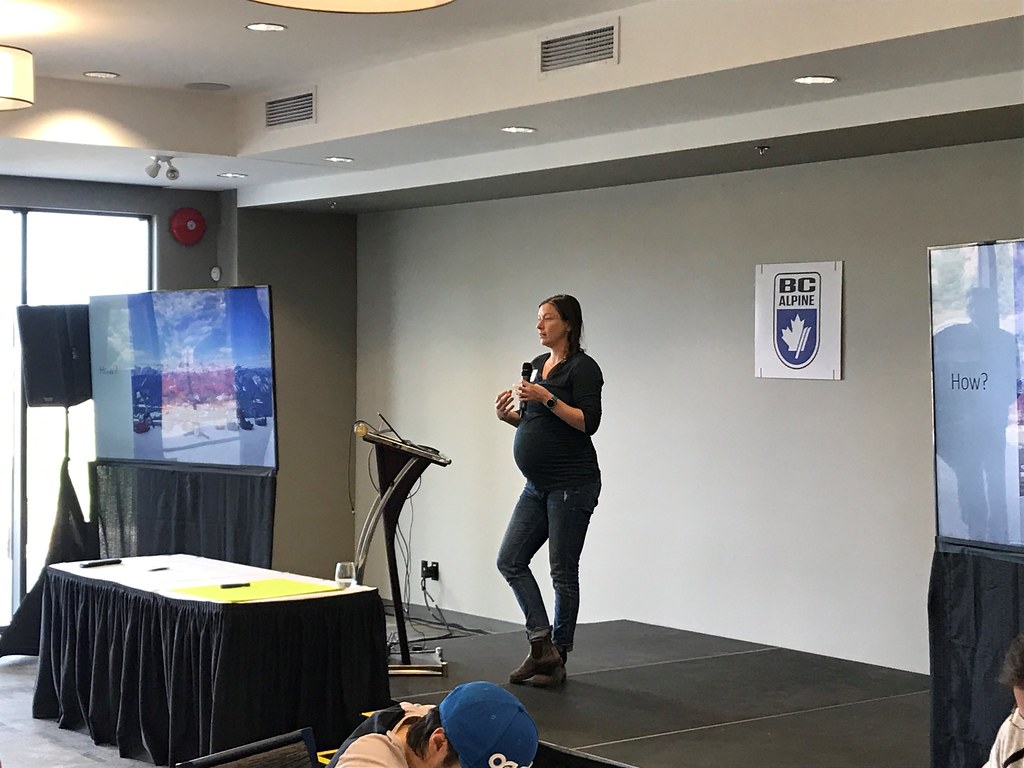 Michael Peters from Sport BC introduced the BC Amateur Sport Fund (formerly NSTF) and explained the excellent fundraising opportunities it represents to BC Alpine clubs.

Our Officials Chair Mark Schwenck addressed the group and took questions ahead of the annual Officials Update scheduled for the next day, also at Predator Ridge.

Saturday night was an amazing evening of celebration, laughs, delicious food (courtesy of the top-notch chefs at Predator Ridge) and connecting with friends, old and new. We thanked and recognized the 2019 Goldie Award recipients and handed out trophies. Then came the highlight of the weekend…the first-ever Saturday night “Talk Show” hosted by BC Alpine, featuring Erik Guay being interviewed by BC’s own Mike Janyk, World Cup slalom silver medalist, World Championship slalom bronze medalist and current Program Director of the Grouse Tyee Ski Club. Words do not do it justice, we experienced something rare and very special between these two friends and teammates. Video of the talk show will be available for those that couldn’t attend.

On Sunday Johnny and Anders went through the needs for the upcoming season and reached out to the clubs to make sure everything is ready for when the snow falls. The Responsible Coaching Movement work that has happened since BC Alpine singed the pledge was presented and clubs offered feedback on how the implementation is working for them.

The official BC Alpine Annual General Meeting business portion of the weekend moved quickly and without a hitch. The Board was elected and is ready to work for the best of alpine ski racing in BC.

We thank you, our members, for all you do for our sport and we look forward to a great season ahead!

Donate to BC Alpine